Brian Hurlburt, known as the Las Vegas Golf Insider, has been published in national magazines plus appeared on various local and national television and radio shows. From 2016-2020, he was the lead golf columnist for Las Vegas’ largest newspaper, the Las Vegas Review-Journal. He also was the co-founder of VegasGolfer Magazine, and in 2017 was recognized with a Lifetime Achievement Award by the PGA of America, Southwest Section, Southern Nevada Chapter. He is the founder of both LasVegasGolfInsider.com and GolfLasVegasNow.com. 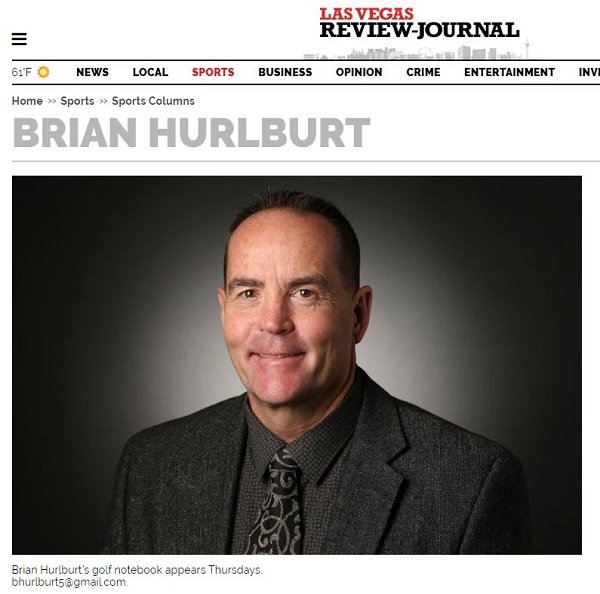 But Hurlburt is not just a golf content creator and writer. He creates content of all kinds including non-golf topics. He wrote the comprehensive section about event venues in Las Vegas for Sports Business Journal in both 2015 and 2017.

Hurlburt is also the founder of XLETE.com – ONLY EXCELLENCE MATTERS, the universe of the how of excellence is devoured.

He also authored The Las Vegas Country Club: Chronicle of an Icon and was co-author of City of Champions: The History of golf in Las Vegas.

More about The Las Vegas Country Club: Chronicle of an Icon

He is the former president of the Las Vegas Golf Hall of Fame and is a lifelong Las Vegas resident. He is also a regular contributor to the popular Las Vegas Golf and Leisure Magazine, and other publications and websites and appears on radio and TV promoting golf in Las Vegas.

He also has given well-received speeches about golf in Las Vegas and other topics to such groups as the UNLV Professional Golf Management program and the Golf Collectors’ Society (a group with an international membership), Las Vegas Country Club members at the 50th anniversary dinner and other organizations. He is available for speeches to groups interested in learning about the interesting and exciting history and present of golf in Las Vegas.

Other areas expertise include video, website creation and marketing consultation.