Award-winning PGA of America professional Matt Henderson knows where his heart remains and his career was jump started. The UNLV Professional Golf Management graduate loves the Rebels, the program and Las Vegas. Here’s part of his story he shared with current PGA student Luc Grenier after he returned to his alma mater to share some wisdom.

“The UNLV PGA program is such a special time in your life, building the relationships, skills, and passion for the industry all while spending time on campus creates an emotional attachment that can never be broken,” Henderson said

Henderson will never forget the way it impacted his current success as Director of instruction at TPC Las Vegas. Henderson has had quite the journey beyond the Las Vegas valley, as well, most of that due to his experiences at UNLV.

During his time at UNLV, Henderson always worked towards the idea that he would become the next greatest NCAA Division 1 golf head coach. With an emphasis on understanding the golf swing and the proper teaching techniques, Henderson took advantage of everything the UNLV PGA program had to offer.

“Internships are what shaped my career and how I conduct myself both in and out of my lessons” said Henderson. “The program’s ability to reach both across the nation and the world is something that most students don’t have the opportunity to take advantage of, but those experiences allowed me to put all I learned in the classroom into real-life situations.”

The 4-year experience and over 16 months of internships led Matt to being awarded his dream position as an assistant coach of the University of Tennessee’s men’s golf team. This being the ultimate goal for Henderson made it that much more special with all the hard work and dedication he had put in very early into his career. The position did, however, come with a significant amount of responsibility that goes way beyond the golf course.

“It was difficult when trying to juggle traveling, practice, tournaments, and of course being around my family the amount that I desired,” Henderson said. “The most important thing that I learned is the amount of dedication it takes to achieve your dreams, and I’m proud to say I had the opportunity to do just that.”

Once Matt’s time in Knoxville came to an end, he made the decision to return to where his dream started, right here in Las Vegas. Matt parlayed his experience in coaching and translated it into teaching some of the top locals. This myriad of experience in teaching also came from time spent with professional Dave Pelz in addition to much time spent in some of the United States’ top golf schools.

Now, nearly ten years since his return to the valley, Henderson has been taking home some of the most valuable awards a golf teaching professional can receive. Ranked consistently as one of the top 5 teachers in the state, making Golf Digest Top 100 Young Teachers list and being appointed to several awards from the PGA, Henderson emphasized the meaning of being selected by his fellow professionals.

“The Golf Digest awards and lists are meaningful of course, but I truly can’t put into words the feeling and pride I have in being the Southwest PGA Section 2021 Teacher of the year,” Henderson said. “Being on a list that features so many great names and history, knowing I will be a pet of that history is the most rewarding part of the experience.”

Henderson continues to spend time around the local UNLV PGA program both on and off campus with lesson tutorials and viewing opportunities. In addition, his students continue to grow and thrive with golfers coming from not only across the nation, but the world just to spend time with Henderson. 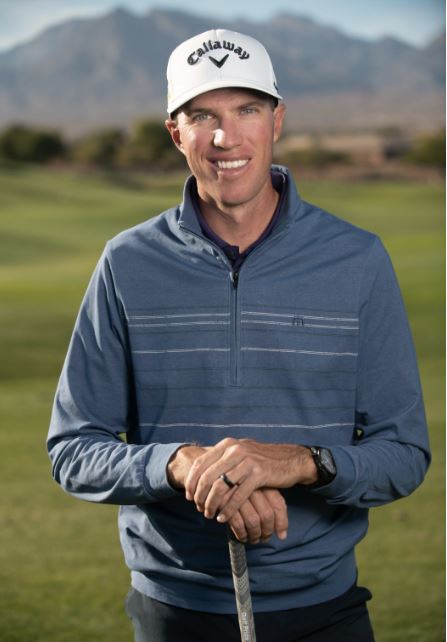