Yana Wilson continues to make a name for herself on the national stage as she has advanced to the finals of the U. S. Girls Junior. The match will be televised on Golf Channel Saturday July 23 at noon.

“For the most part I feel like I’m pretty good at changing the momentum, especially when I’m down,” said Wilson on USGA.org, who won this year’s Annika Invitational by holing out a wedge shot from 75 yards on the first playoff hole. “I just tried to do that today.”

She is often spotted at Legacy Golf Club in Henderson working on her game and also practices at Anthem with the Coronado team.

She will play Gianna Clemente of Florida in the 36-hole final.

Wilson, a quarterfinalist in last year’s championship and No. 87 in the Women’s World Amateur Golf Ranking®, defeated Sara Im, 17, of Duluth, Ga., 3 and 2, ending Im’s hopes of becoming the fourth female to win multiple USGA championships in the same year. Im won the U.S. Women’s Amateur Four-Ball in April with fellow Georgian Thienna Huynh. In the quarterfinals, Wilson defeated Nicole Gal, 17, of Canada, 5 and 4. 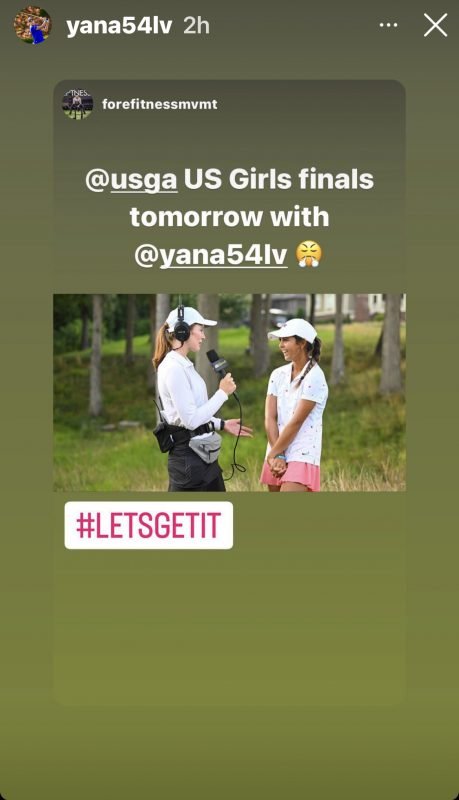